With both my oldest son and daughter, around the time they were 4 years old, I got to my absolute wit’s end with them. My son, slightly older than 4, was aggressive, threw things, slammed doors, and was out of control. My daughter, a few months younger than 4, became extremely whiny and meltdown-y. She also decided to enforce rules on her younger brother, which meant she was sometimes aggressive with him. With both of my older children, I found myself on two separate nights, one for each of them, up very late wondering what I could do different, how I could re-center to be the mom I wanted to be. With both at this age, I turned to family meetings. 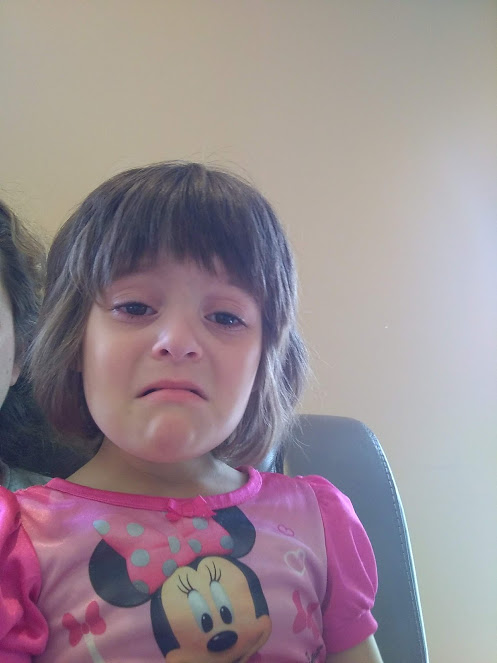 A person can only take so much of this

I read about family meetings and how to run them in a Positive Discipline: Preschoolers and it was recommended to start them around 4 years old. I find at 4 children become very into the rules. They can not only follow them but they argue about them and understand the nuanced detailed of them. Recruiting them into helping the family solve problems by talking about how the family can run (the family’s “rules”) can work beautifully.

Each issue must be singled out. Make it clear, in your own mind mostly, that it’s the issue being addressed, not the child themselves. For my son, the issues were:

For my daughter it was

At this age, what they likely need most is clear instructions about how things should go. Where should they put their dishes when done? If you don’t need their input, you might give an individual lesson–say about how to shut the door quietly. If it’s something more on-going or involving several family members, you might gather the family together. I talk about how I handled my son at this age in the post, “The Time my 4-year-old Went Bonkers.”

A family meeting must be held in a positive, upbeat way that focuses on gaining everyone’s input and problem solving–not on lecturing the children about their “bad” behavior. An ideal meeting at this age targets at most 2 issues. The start of the meeting should be positive and make it clear it is not an accusatory get together. One idea to make it positive is to start by giving each child a compliment.

I found with my son that he had some big emotions locked in him. I was stunned by the amount of emotions that just poured out of him. I also found he had some very erroneous ideas about how to handle his pesky sister–he thought he could cut off her hand with a light saber. This is to be expected from a 4-year-old–conflict resolution is a skill set that develops over time. What you are after with a meeting is really their side of the story. What’s going on inside them mentally and emotionally? What do they need? It is likely to come out that they do need something from you. My son told me, “I’m so lonely when you are not near me.”

I found marked improvement after family meetings. Not 100% improvement but improvement. I don’t regard any solution found in a meeting as permanent. If it’s not working, go back and rework. You might not find any solution at all. And that’s Ok. Attempting to deal with the problem straight on is the important part, not de facto dealing with it when you scream, “JUST GET YOUR OWN DAMN SPOON.” If anything, at the end of a family meeting, it recentered me as I at least felt I was being proactive and thinking about the situation.

If you are really struggling, remember it’s temporary and also that it is growth! Many of these big changes in them in the preschool years relate to emotional regulation and conflict resolution skills. While these parts are “under construction,” the child becomes very difficult to deal with. But if you can guide it in a healthy way, you’ll reap the benefits from a child who has outstanding social skills after it’s all done. This is the idea behind my book series about this, Misbehavior is Growth. It just, you know, might take two years.