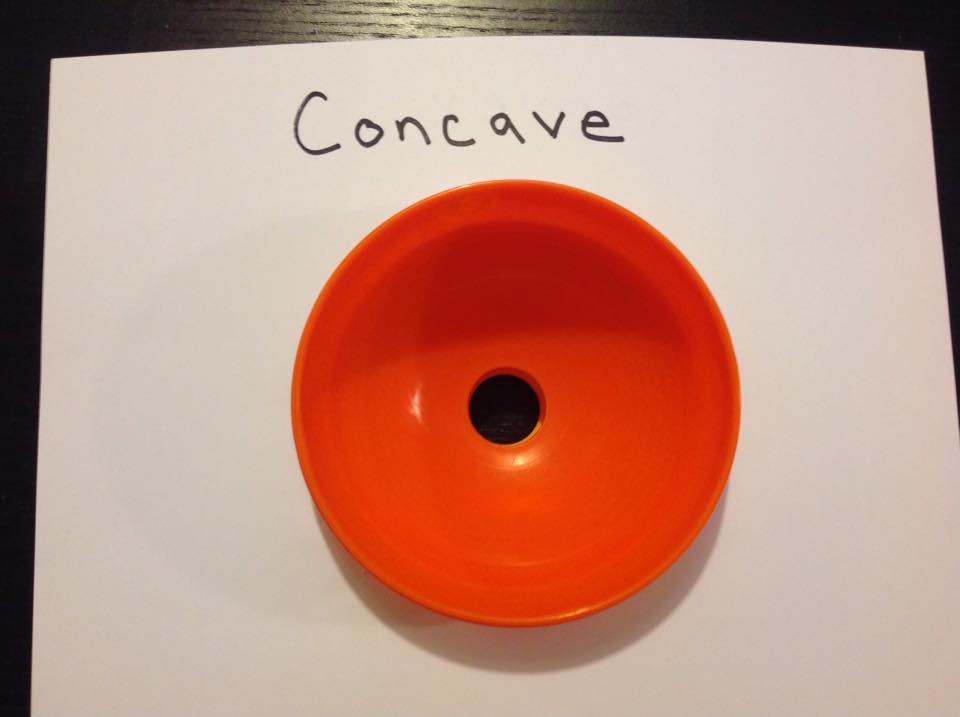 I have been trying to design reality-based activities to teach very young children science terms. Here is “convex” and “concave.”

I had some bowls that nest or snap together. They decrease in size. I put two bowls close in size together such that they stacked, but in between I slipped a piece of paper. The paper had a hole cut out the size of the smaller bowl. This way, when you looked at it on once side, all you see is the inside of the bowl. This is the “concave” side. Then on the other is the “convex” side, which bends outwards, like a ball. 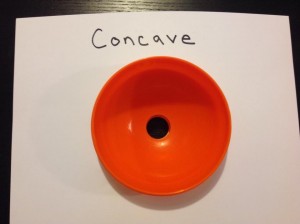 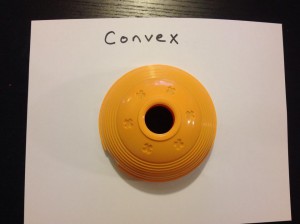 Then I took one of his train tracks that curved. I again showed him the concave and convex side of this, having him trace them. 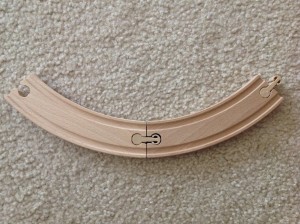 It was pretty cool when, after I did this, he traced his fingers in the air in arcs, saying “This is concave! This is convex!” 🙂

But what I think cemented the lesson is when I presented him a spoon. I asked him to show me the concave and convex sides. He did so correctly. Then I showed him how on one side, his reflection is right side up and on the other it was upside down! 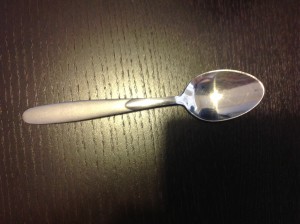 This really cemented *why* the difference matters. This difference is at the core of using lenses for optical engineering reasons, such as eye glasses, microscopes, binoculars, and telescopes. If you have an older child, you can expand on why the reflection turns upside down.

One thought on “Teaching “Concave” and “Convex””