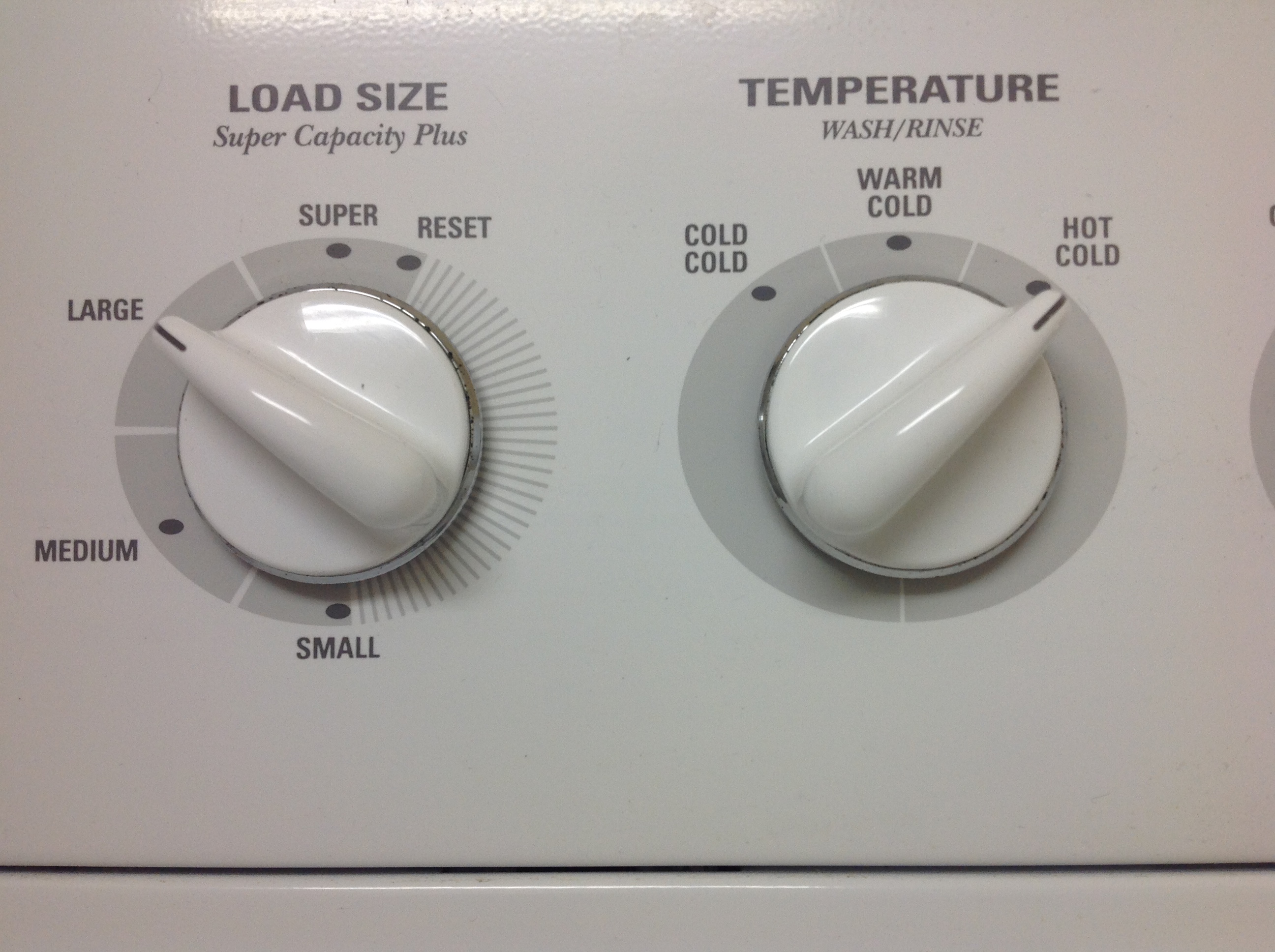 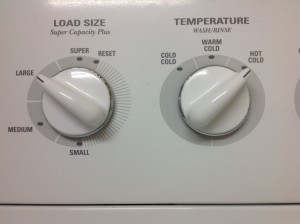 A pre-reading activity for a child who is not yet reading but knows letter sounds: Asking, for instance, which of these says, “Hot?” This one on the washing machine allows the child to spin to the one that says “Hot,” and then feel the water and see that it is … hot! I love this one because it impresses so easily that reading has a purpose. More detailed information on where this fits in with the progression to becoming a reader below:

This is “Stage 2” of Montessori learning. Before this, it is important to do “Stage 1.” Stage 1 is simply training without quizzes or questions. So you might say “Cat starts with ‘Kuh’; Dog starts with ‘Duh’; Horse starts with ‘H’” as an activity to do a few times (say when bored in the car) before moving to Stage 2.

Stage 2 is when a child is given limited choices and asked to pick which one is right. So, indeed, asking, “Which one starts with ‘Huh’?” while looking at options that start with ‘H’ and others that start with other letters. And it can be made slightly more complex by not asking “which one starts with ‘Huh’?” but simply reminding the child, “What does ‘Hot’ start with?” as a minimal assist.

I like this “purposeful reading” activity better than some other activities I’ve seen, such as taking figurines of, say, a whale, car, and boat, and giving the child moveable letters to match the beginning letters to each (“w,” “c,” and “b”). I did this once with my child, around 2 ½ years old, and he did it and I would do it again with future children at least once again, but he never went back to it on his own. Asking about words in real life seemed to click so much better.

After mastering Stage 1 and Stage 2, the child is set up to go to Stage 3 of learning, which is, without limited choices, asking “What does ‘Hot’ start with?” and they must reply ‘H.’ An even better and easier activity is to get a moveable alphabet and ask them to retrieve “The letter that ‘Hot’ starts with.” Montessori writes a child learns better by hand than eye and so may be able to retrieve the letter than say it.

When they can do Stage 3, they are on their way to constructing words with the moveable alphabet, which, in Montessori, is one of the first steps towards reading. If they can know that “Hot starts with H,” they can start to build the letter “Hot” out of moveable letters, with simple assists of sounding out “o” and “t” at first.

Constructing words with the moveable alphabet is done before reading words. It is easier for the child. We use magnet letters on the refrigerator (consonants dyed purple; vowels dyed yellow) and we use Microsoft Word documents with large font to construct words, which is actually his favorite.

And, after doing many activities like this washing machine one, my son, who just turned 3, is starting to construct words. I typed up for him “HI DAD” on a Microsoft Word document and he started to giggle and the look in his eyes told me something clicked. I then practiced several words with him and then asked him to spell out some of his favorite phonetic words (simple words from favorite stories, such as “pig”). He thought up words he wanted to spell, such as his friend’s names, which was difficult, because they aren’t phonetic, but I did my best. After this, in the same learning session, I watched him spell out “iPad,” without me sounding out the letters, but only sometimes asking, “after the ‘I’ what comes next; what letters is after the ‘P’; now the ‘A’; and what does it end with?”

Up next may be typing text messages to his dad. J Definitely writing with an enjoyable purpose.