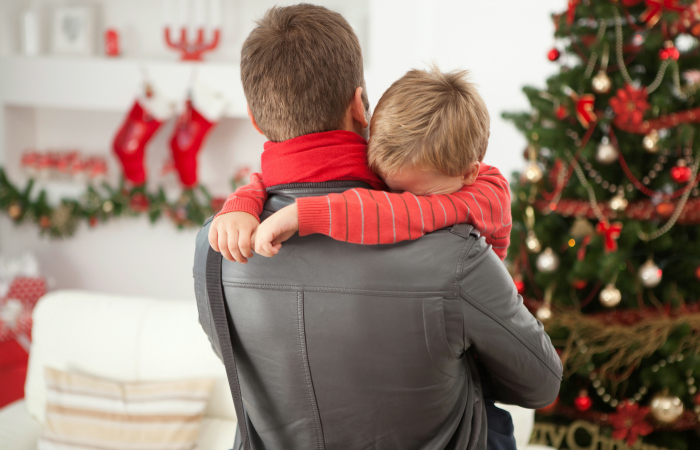 There has been a slew of articles about sensitive children in my newsfeed lately. One in particular caught my eye: “Please Be Kind to My Sensitive Child.” It struck me: All children are sensitive children. Every single child I have met–even from the self-described roughest, toughest families–cries when hurt; is scared sometimes; has fears about monsters, dinosaurs, or snakes; occasionally has public meltdowns. All of them (the young ones especially)–yes, even the boys–likes to hold hands with relatives and other friends, get hugs, and have friends at their parties. Absolutely every child has fear, anxiety, and sadness. I understand some children may be more sensitive than others, but the idea that it is normal for a child to not be “sensitive”–to not need cuddled on a regular basis, to bravely face all of life’s problems without any encouragement, to sit on Santa’s lap the first time without apprehension–is simply, completely, and totally false. These things don’t make children weird or strange or wrong, to be divided into a separate kind of child with a helluva a label, “Sensitive.” It makes them human.

What struck me about the referenced article is the author asking the rest of the world, put forth to the general blackhole that is the blogosophere, to be kind to her child. I will be the first to stand up that a kinder, gentler world is ideal, where people validated each other’s feelings, took other’s needs seriously, actually listened when conversing with someone. However, I do not think the solution to dealing with your “sensitive child” is to ask the rest of the world to cater to them. I personally cater to just about every child I meet, reminding myself often that no child is intentionally naughty; that all children are mostly just in need of guidance and redirection; and every single child could use a little bit more love. However, I think it is a parent’s responsibility to deal with their “sensitive” child–and, in doing so, prepares them for a sometimes not-so-kind world. And you reading this, yes, you, has a “sensitive child.”

The seeming irony, based on conventional wisdom (which is thankfully fading, I think), is that catering to these emotions will weaken a child. If you tell a scared child to put a brave face on or tell them to stop sulking, they will toughen up. It’s the exact opposite. If you, as their parent, let your children hang all of their worries on you, it liberates them to face the world with the confidence they need. You get to absorb all of those emotions, all of these nasty, sometimes irritating emotions that have been much maligned for centuries as making people bad/wrong but in fact are universal and have purpose. This is the heart and soul of parenting.

Based on the teachings of Dr. Ginott, we deal directly with my son’s emotions. If he’s scared, we let him be scared. If he is disappointed in something he made, we don’t protest with him; we let him be. I have never pushed him against his will. I will never tell him, “Well it’s nothing to cry about,” which minimizes his feelings. My son is a very sensitive person, possibly on the more sensitive side than many other children. If he walks outside and sees any dark clouds, he runs inside to get an umbrella, because he absolutely hates to get wet. We have to darken his room when he sleeps, to the point he sleeps with a blanket over his canopy to block out light. (Can you imagine the judgment I might get that my almost 4 year old is not totally in a “big boy bed” !?) When he was little, he absolutely hated the sensation of putting lotion on his skin. When he was young and in daycare, workers told me often that he was “shy”–one of my most hated labels to give to a child. Compare this to my daughter, who loves to feel the wind on her skin, begs me to put sunscreen on her, and is socialable around virtually everyone. (But, yes, as she grows, I fully expect to deal with her apprehensions too!)

Despite my son’s “sensitivities,” to the outer world, he is brave, confident, and–when he wants to be and after he has vetted a person out–very socialable. He is 3 and can ride a bike; he always is up for going out for Trick or Treating; he’ll visit Santa but only with his head buried in my neck; he rides big roller coasters; he makes friends easily; and he has few public meltdowns. I am stunned especially when he tells me he is going to be brave. He might tell me about a ride we are about to go on which has something scary on it and he’ll tell me, “But I am going to be brave!” I have never once asked him to be brave. Instead, when he’s scared, I am there for them. He decided on his own that, although scared, he was going to brave. And this is authentic courage: Courage is not the absence of fear, but confronting fear. 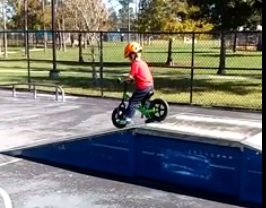 When you deal with your child’s emotions, by validating them, you give your child enormous gifts of introspection, perspective, and support. I will just say it bluntly: If you want a child who pouts and sulks, start telling them early and often to just be happy and stop pouting. If you want a child fearful of social situations, thrust them into them, against their will, telling them it’s nothing to be scared of.

But if you want a confident child, recognize that all children are sensitive and you, their parent, need to be there when they have these big, scary emotions. Prepare to be annoyed, irritated, and shocked. This is work, no doubt about it.

I want to say that I somewhat agree that I would like the rest of the world to be kind to children–all children, not just one lady’s sensitive child. It’s a lot to ask and frankly, most aren’t. All I can say is stand up for your child, set an example, and speak your mind if the timing is right. The entire reason I started this blog is to reach minds willing to think about this topic. And finally I will recommend again Dr. Ginott’s book Between Parent and Child and his students’ books, which had a profound impact on me: Liberated Parent, Liberated Child and How to Talk so Kids Will Listen.