Skip to content
Posted on December 31, 2016 by Amber Posted in Parenting Books

This is a collection of quotes from some great thinkers on the topic of parenting on using punishment or insults to alter a child’s behavior. Spoiler: They are all opposed. It is meant to be a reference for if you ever find yourself discussing such issues with someone, or even contemplating the use of punishment on a child yourself. Feel free to copy and paste the quotes, take the ideas contained in them, or post this blog post directly. Email me if you find them helpful. 🙂

“Only when children feel right can they think clearly.”

“For children to develop a worthwhile sense of themselves, they need to hear and overhear mostly positive remarks about themselves.”

“Many parents label their children stupid, lazy, and a cheat, yet expect such labels to motivate them to change into bright, industrious, and honest people.”

“A child should never be threatened with abandonment. Neither in jest nor in anger should a child be warned that he or she will be deserted.”

“Children learn what they experience. They are like wet cement. Any word that falls on them makes an impact. It’s therefore important that parents learn to talk to children in a way that is not enraging, doesn’t inflict hurt, doesn’t diminish their children’s self-confidence, or cause them to lose faith in their competence and self-worth.”

“Parents need to become convinced of the futility of nagging and pushing. Coercive tactics only breed resentment and resistance. External pressure only invites defiance. Instead of trying to impose their will on children, parents are more likely to influence them when they see their children’s points of view and involve them in solving a problem.” “As a child becomes less helpless, less dependent upon the parent for what she needs, the parent gradually loses power. This is why parents discover to their dismay that rewards and punishment that worked when their child was younger, become less effective as she grows older.”

“Without exception, every child I have seen in therapy whose parents used a heavy dose of rewards and punishment, revealed how much they lied to their parents.”

“While children lie a lot because so many parents rely heavily on rewards and punishment, I firmly believe that the tendency to lie is not natural in youngsters. It is a learned response—a coping mechanism to handle the parents’ attempts to control by manipulation of rewards and punishment. Children are not likely to lie in families where they are accepted and their freedom is respected.” 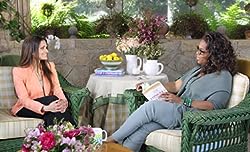 “No behavior occurs in a vacuum. Something triggers our children, just as something triggers us. The source may be external or it may come from the parents. It may come from a place deep within a child that’s beyond their awareness. To hold our children responsible without being both compassionate and curious about the reason for a behavior is both heartless and unproductive. “

“Children thrive when they are accepted and encouraged, whereas criticism and punishment cause them to wilt inwardly and ultimately make even more mistakes instead of developing good self-management skills.”

“By the age of ten, our children are very familiar with how we talk and what we say. They don’t need our words of advice or admonishment. What they need instead is for us to listen and attune ourselves to them.”

“We know only too well the sorry spectacle of the teacher who, in the ordinary schoolroom, must pour certain cut and dried facts into the heads of the scholars. In order to succeed in this barren task, she finds it necessary to discipline her pupils into immobility and to force their attention. Prizes and punishments are every-ready and efficient aids to the master who must force into a given attitude of mind and body those who are condemned to be his listeners.”

“It is true that to-day it is deemed expedient to abolish official whippings and habitual blows, just as the awarding of prizes has become less ceremonious. These partial reforms are another prop approved of by science, and offered to the support of the decadent school. Such prizes and punishments are, if I may be allowed the expression, the bench of the soul, the instrument of slavery for the spirit. Here, however, these are not applied to lessen deformities, but to provoke them. The prize and the punishment are incentives toward unnatural or forced effort, and, therefore we certainly cannot speak of the natural development of the child in connection with them. The jockey offers a piece of sugar to his horse before jumping into the saddle, the coachman beats his horse that he may respond to the signs given by the reins; and, yet, neither of these runs so superbly as the free horse of the plains. ”

“As for punishments, the soul of the normal man grows perfect through expanding, and punishment as commonly understood is always a form of repression. It may bring results with those inferior natures who grow in evil, but these are very few, and social progress is not affected by them. The penal code threatens us with punishment if we are dishonest within the limits indicated by the laws. But we are not honest through fear of the laws; if we [Page 26]  do not rob, if we do not kill, it is because we love peace, because the natural trend of our lives leads us forward, leading us ever farther and more definitely away from the peril of low and evil acts.”

“In fact, most young children’s misbehavior is a sort of “code” designed to let you know that they don’t feel a sense of belonging and need your attention, connection, time, and teaching.”

“For a child who believes she is inadequate, criticism only reinforces her belief in her inadequacy. One of the best ways to help a discouraged child is to stop all criticism.”