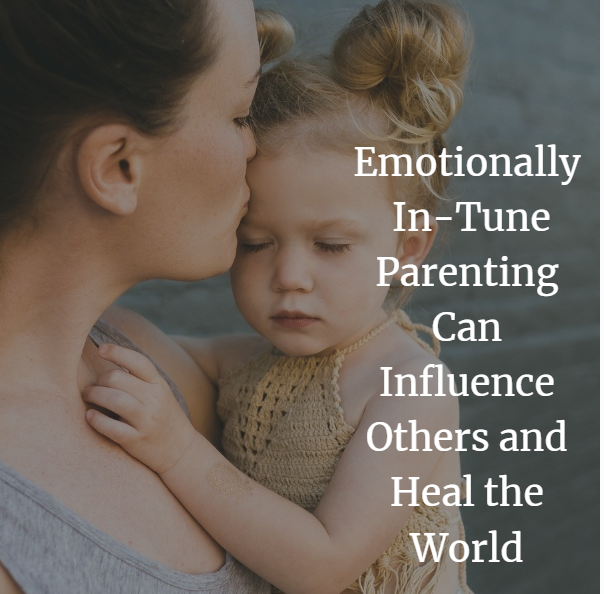 Heck of a title I made for this post, eh? I mean it.

When I started The Observant Mom, it was because of a terrible day at the park. Well, terrible for me, a highly sensitive person. I watched as two adults painfully ignored a child. It was a blistering hot, Florida day. I watched as a child was in the middle of sand pit. He was about 2 or 3. And he was crying out, distraught. In the middle of a sand pit. On a hot, Florida day. And his two caregivers sat on swings nearby, taunting him, “When you stop crying, we’ll come to you!” When I could barely contain my rage and was glaring at them, they used me to triangulate the boy, “People are looking at you!” I wanted to go to the boy, but at the time I thought I would make the situation worse. They might take it out on him later. I was so enraged, I had to leave. The mom with me had no idea why I was so upset.

I was so upset that night. I couldn’t do anything about it, but utter anger just absolutely flowed through me (depth of emotion is characteristic of highly sensitive people; yes I get infuriated sometimes). I decided that maybe if I could reach the most intelligent of people and give them better parenting tools, I could have a trickle effect. If I could reach them, the most upstanding, looked-up-to people of society could set a better example. Their friends or maybe cousins would see it. They would do it, too. It would just keep trickling like this such that maybe it would even get to that family at the playground. I envisioned it literally like holding up a mirror to catch the sunlight and directing it towards others, who had a mirror and caught it, and kept passing around the sun like this.

I had planned on starting The Observant Mom anyway. I read so much about parenting I thought that maybe just sharing quotes would help people. But that night I went home and pushed all the buttons to make it happen. I had not started age-related child development work. Never did I think it would morph into what it has. I now have tens of thousands of users. I get notes from around the world, often. People tell me I have helped them heal from past trauma. Or that I’ve helped them mature as a person. I sob when I receive these notes. If you see the history of The Observant Mom and why I started it, you might better know why.

Now I am receiving notes that not only do I help people, people are seeing their relatives or others adopt the approach, as well, based on their example. That mirror. Shining from one to the next. I literally put my computer down and let the tears fall all over when I get these notes. That boy. It really is that boy that drives me. And all others like him.

I’ve seen it in my life, too. I have seen my example influence others. You kind of have to be a bit determined to employ a sensitive parenting approach. Once, there was let’s just say a guest at our house once. This guest decided to get my oldest son to get his coat on. She just totally lost it on him. There was a hysteria in her voice and she threw at him everything she could: the sun god called today and can’t come out, so he needs his coat. I couldn’t get to my son, as I was busy with another child. But when I did, I did whatever it is that I do, and he was ready easily. I sincerely thought at the time that, at a certain age, children must get so difficult as to cause this hysterical behavior that had become engrained in this person. I saw the hysteria as a sort of wisdom and an inevitability. Now I know–nope. This is just a toxic pattern. Unfortunately, we are wired to look up to our elders for wisdom and adopt their behaviors. That’s why you have to be a bit ~determined~ to use this parenting approach.

This is how I’ve seen the effect happen most often. There is some issue in which no answer seems possible. Say a child has a medical issue, such as a stomach issue. The natural tendency, for whatever reason, in our culture and perhaps across the entire world, is to throw force at it. People want to control the child’s diet, force them to go to the bathroom every x hours, or yell at the child for lack of discipline over [fill in]. When you come in and gently work with the child to change their diet, convince them to take a probiotic even though it is yucky, switch out tap water for spring water, and a host of other creative ideas that actually WORK, people, without ever being confronted, notice. You swooped in with confidence and competence and got something done.

Unfortunately, the key is your solution has to work quicker than when other’s patience runs out. Fortunately, with children, most solutions work quite quickly.

If you are getting results and others aren’t, you gain influence. Even if people begrudge you your success, and they often do, you still gain influence. If anything, your way wins out because others are lazy. It’s clear people who are hysterical in trying to solve something don’t actually want to solve it nor like doing it. Neglect becomes your ally. You get natural deference, even if you are treated, at best, as a slave. I often have tremendous influence, in my home, at work, and in my activism. And that’s how I do it. It’s quiet, in the background, and often done while people are looking down on me and insulting me, adopting all of their superior ways–which were all my original idea.

Emotionally in-tune parenting is the healthy and right way to be. Emotions are feedback. That’s it. That’s the whole secret. If a child is crying and distraught, something is wrong. If you approach them and what you are doing makes them cry harder, you’re doing it wrong. It is really that simple, but this simple emotional feedback loop seems lost on most people. And I’m not overstating anything. It sincerely seems lost on most people. That’s what I am doing as I work with children. I am constantly monitoring their reaction. I admit I have intuition on what might work that may be hard to explain to others. I am also my children’s mother. I can simply hug them or be with them and that helps the situation. But if they are upset, I wait for the slightest little smile or any other slight indication that tells me I’m on the right track. I wait sometimes. Or not. I assume success is likely. I assume abundance. I assume a solution will be found. I am reliant on my husband for technical things especially, such as fixing a broken computer. But, when it comes to emotions, I am fully willing to see my child to the end of whatever it is they are dealing with.

And given this is the crux of all human health, if and when others see it, deep down, even if they think their way is better, they all but have to back off. Their authoritarian ideas, despite how loudly they squawk about them, are not superior. Ideas of “not spoiling” children or “toughening them up” are outright stupid. Get out of the way of people who do indeed know what they are doing.

Your example. It can do far more than you may ever realize.